589
VIEWS
by Keenan Ennis on November 29, 2019
TwitterFacebookBufferLinkedInPin It
SHARE THIS STORY:

Galapagos faces many issues in conservation. From invasive species to thousands of visitors, many conservation strategies must be employed to maintain the pristine state of the Islands

As the most intelligent creatures on the planet, humans alone bear the responsibility as the shepherd of Galapagos Islands Conservation.

However, the methodology is not always a clear and cut path. Ecosystems are fragile, complex, and precious. Researching the variables to make successful management decisions take serious capital and time. This complexity is doubly overwhelming on the Galapagos Islands, where the precarious nature of conservation efforts is compounded by its profound isolation, endemic species (a species that live nowhere else in the world), an intrusion of nonnative invasive species and human activities.

So let us dig a little deeper into what challenges the scientists and species of the Galapagos are facing, and what ongoing ecological projects are protecting this paradise.

Seals Kissing on the Beach

After reading this blog-post, when somebody asks about the threats facing Galapagos Island Conservations, a buzzer in your head should scream Invasive species!

The spread of non-native invasive species on the Galapagos Islands is a substantial and dangerous conundrum facing scientists, flora, and fauna. The success of the Galapagos ecosystems relies entirely on a delicate equilibrium between its endemic species, forged by millions of years of evolutionary work. 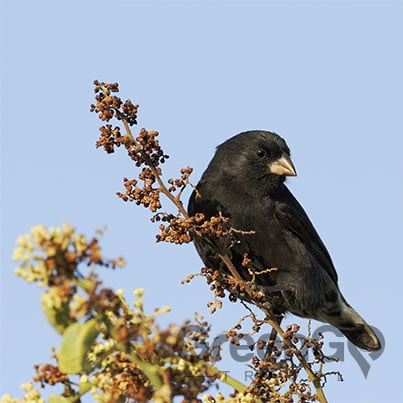 Millions of birds die at the hands of cats every year
Our furry friend, the domestic-cat and 1,700 other foreign species rapidly throw this intact balance out of whack.

A study from the University of Georgia illuminates that a domestic cat on average will kill 2.1 species per week!

What does that look like worldwide? 1.4 to 3.7 billion birds and 6.9 to 20.7 billion mammals every year, according to research conducted by the Smithsonian Conservation Biology Institute and the U.S. Fish and Wildlife Service. Why is this even more important on the Galapagos?

Flight, flight, or pay no mind?

If you visit Galapagos, you will undoubtedly be surprised when the majority of the animal occupants pay very little attention to you. In most of the world, species that come across a human will skitter off at the moment of detection. Galapagos fauna lacks the fear of unknown predators such as dogs and cats.  This is because of the thousands of years of isolation and unfamiliarity. They simply have not encountered a situation where they need to use their fight or flight response against a cat.

Consequently, the predation rates on these helpless species are severe. As you read on, you will see the Galapagos Islands Conservation efforts and everything the many collaborators are doing to negate the effects.

A takeover by Plants, Mammals, and insects

Now that we have gotten the big one (cute and furry, really) out of the way, what other invasive species are wreaking havoc on the islands? The islands face nearly 550 species of foreign insects, 700 invasive plants, and 13 mammal species.

One of the most destructive is the Philornis downsi, a parasitic fly from Brazil and Trinidad that undergoes its breeding cycle in the nests of birds. Consequently, the larvae, in turn, consume the eggs. One of the species affected is the critically endangered mangrove finch. This situation is intensified by the species’ vulnerability due to the loss of genetic diversity.  This has caused the population to dwindle to approximately 40 and 80 individuals.  Now the finch finds itself in a desperate situation where ecological intervention may be the only solution.

And last but not least, we need to introduce one of the most devastating creatures to invade the Galapagos Islands. An intelligent, upright ape; the only ape to naturalize itself on the islands: Homo sapiens.

Anthropogenic impacts on the Galapagos Islands

Humans first made landfall in 1535, when Bishop Tomas de Berlanga first set foot on the islands. Since, inhabitants have included pirates, buccaneers, whalers, and now locals and tourists.  With these visits comes the aforementioned treasure trove of invasive species growing rampant on the islands.  But what are humans doing that is directly causing damage to the environment?

Farming, development, agricultural expanse, and commercial fishing activities are the main culprits, not only displacing habitat on the islands but also negatively influencing ecological processes.

This manipulation comes in many forms. A recent article by Dr. Catherine Soos of the National Wildlife Research Centre in partnership with the Charles Darwin Foundation research station highlights how the increase of poultry production on the Galapagos Islands is creating a pathogen spillover into wildlife, specifically the avian species of the islands. Viruses include infectious laryngotracheitis, infectious bronchitis virus, avian reovirus, and Marek’s disease. If you are like me, the majority of these viruses will sound completely unfamiliar.

So what is the impact?  Observations of avian symptoms include swollen sinuses, open-mouthed breathing, ocular lesions, cutaneous masses, and tumors. So with all these problems, you may be asking what in the world can we do?

Looking towards the future

The Galapagos Islands Conservation is facing a mountain of challenges, but that is no reason to give up hope.  Scientists from every field are putting in the hours in the field and lab to research methods that are continuously implemented. These programs have already eradicated many invasive species, leading to increased population numbers of many native species. These steps are very effective in preventing further damage and successful in reversing harm from the past.  Let us jump into some of the wildlife rehabilitation efforts, and the animals that are being protected in the Galapagos! 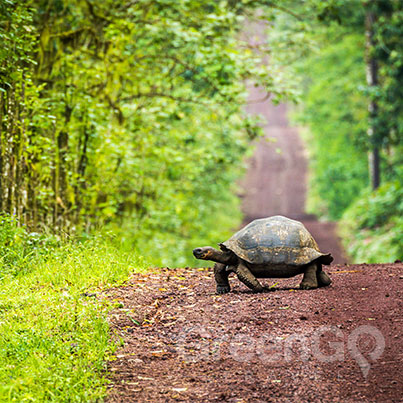 Galapagos Tortoise cruising along
At one point, the Galapagos had 15 races of Galapagos Tortoise, and eleven are known to be alive today. Early sailors in the 1600s and early 1800s observed a great abundance on many of the islands, even the arid lowlands.

Unfortunately, crews venturing on lengthy voyages persisting for months would look to these gargantuan creatures as a God Save, a precious source of meat with an unparalleled preservation value, with their capability to thrive without water and food for months.

More recently, the great peril extirpating (a local extinction) these species from certain islands is the feral goats.  These creatures easily compete with food sources from these slow-moving, slow eating, majestic creatures.

Because of the constant and looming threat of extinction, wildlife rehabilitation efforts are a crucial aspect for Galapagos Islands Conservation.  The Charles Darwin Foundation has put in endless hours in raising tortoise hatchlings until they are able to fend for themselves in the wild. With the continuation of eradication programs and rehabilitation efforts, scientists suggest that all but two races with critical status can either improve their numbers or remain stable.

Arguably the cutest and most desired to see, the Galapagos Penguin has also been listed as endangered. Cyclical El Niño patterns can cause substantial harm to these creatures.  By generating warm water temperatures, the nutritional biomass is reduced in the surrounding waters. Another constraint is the lack of available nesting area, as much of the inhabited islands are unyielding lava rock.

Although we cannot dump cold water into the ocean, scientists are making valiant efforts. Dr. Dee Boersma and her research team from the University of Washington have created 120 shady nesting sites, mimicking the natural nest appearance by assembling lava rocks into a homely formation, and tunneling into hills. These constructed nests have had significant effects; Up to 43% percent of breeding has been observed at these sites! 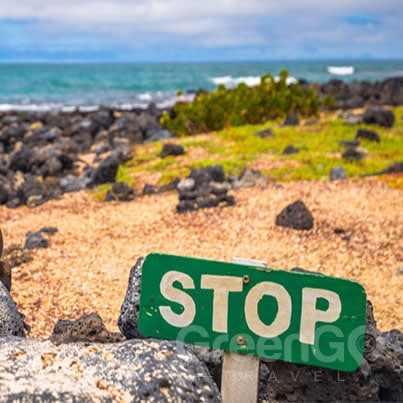 Out of bounds area protect the precious Flora and Fauna
With many thousands of tourists visiting the area every year, increased enforcement in airports to prevent the transport of seeds.   This is crucial for preventing putting an end foreign invasive species. Strict rules of wildlife interaction increased regulation of agricultural processes, and effective ocean patrols by enforcement agencies are some of the activities that are improving every year.  These are the steps making leaps and bounds in progress, providing hope for a bright future.

The burden of these efforts will certainly pass onto future generations. To prepare, educational systems include ecological and environmental focus to teach locals awareness and conservation. By equipping these generations with the tools necessary to fight the issues of the future, tackling the Galapagos Islands Conservation will become a manageable task.

How can contribute to Galapagos Islands Conservation?

One of the best ways to help in this mission is to take a visit to the Galapagos, where a $100.00 dollar donation will go towards the Galapagos Islands Conservation mission. Here you can enjoy one of the many cruises available. Doing your research before visiting, respecting the rules, listening carefully to the guides, and making further donations to the research efforts are all ways you can help. Many of these agencies: The Charles Darwin Foundation, the Galapagos Island Trust, and Galapagos Conservancy have websites where a few clicks lead to the donation page.