1702
VIEWS
by Keenan Ennis on December 9, 2019
TwitterFacebookBufferLinkedInPin It
SHARE THIS STORY:

A Compilation of easy to understand information and tips so you can travel around the city with safety and ease.

Quito Ecuador is one of the best places to visit in South America, but when I first came to live in Quito, understanding the public transportation system was a little overwhelming. The local Ecuadorians, even my Ecuadorian girlfriend, tried to explain the system various times. However, it didn’t quite stick until I sat down and did the research on my own. Since then, traveling around Quito by bus is fairly easy. You just have to have a visual understanding of the City layout and learn some of the main bus routes and stations. Here is a compilation of easy to understand information and tips so you can travel around the city with safety and ease. 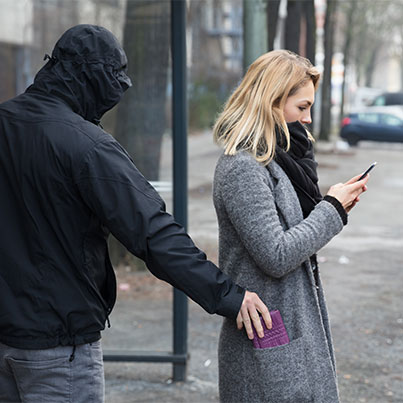 Safety is the first priority, as Quito can be a dangerous city if you are at the wrong place at the wrong time, or in certain places at any time. If you are choosing to use buses, you likely want to save a little bit of money or embrace the local experience. I admit it is exhilarating and satisfying to navigate the country as a local, commanding your way around a city on the Buses of Quito.

However, heed this warning: thievery is a danger in Quito and Ecuador overall. A 3-5 dollar taxi is less expensive than losing your smartphone, a nice camera, or anything else of value on public transportation. I have lived in the city for a year, and I haven’t had an item stolen or been mugged by following a few simple rules. The two most important of them: never carry around more than 40 dollars in your wallet, and never carry your passport. Keep a Photocopy of the passport, as getting a new passport abroad can be a total nightmare. Keep your bills smalls, think 5s and 10s. And plenty of quarters for buses. 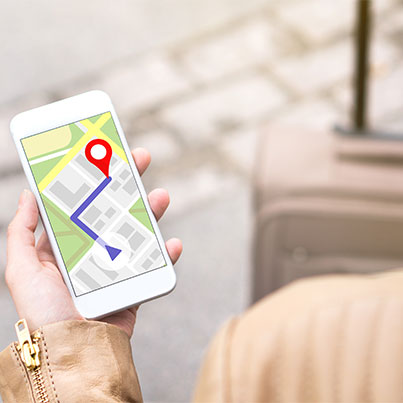 Offline maps are a lifesaver

On your smartphone, download or visit google maps. Download an offline map of the city of Quito. It will not be a large download, and even if you are out of wifi and cellular signal, your location will update as you move. Additionally, you can add important bus stations and destinations you want to visit. This process was crucial to me learning the city. A hard map is great for small cities like Bruges, but Quito is too big to be effective. A quick check of an offline map and I knew which bus stop was closest to my location.

However, I advise all tourists not to pull out their phones while walking around the city. This could end in a snatch and grab, especially if you have an expensive phone. Rather, step into a store or restaurant and take a quick check of the map. Count how many streets away and which street to turn. Remember, most locals are happy to help, just write your destination if you aren’t confident in your Spanish accent.

An important terminal for transferring to the bus stop in the valley of Quito called Cumbaya. This also leads to the thermal springs of Papallacta. Details on how to arrive in ecovia section

Reach the common tourist destinations of (Guayaquil), the Amazon, and most of the mountain regions (including Banos and Cuenca). More details on how to get here in the “Ecovia” and Trole Sections.

Go to the Zoo, nature-rich Mindo, or the Middle of the World (Mitad de Mundo) where you’ll find a museum that sits on the equator. More details on how to get here in the Metrobus section.

Terminal Terrestre Carcelén is Located in the north, where you can visit Otavalo, Ibarra, Mindo, Santo Domingo, and Tulcán. See Trole section for details. 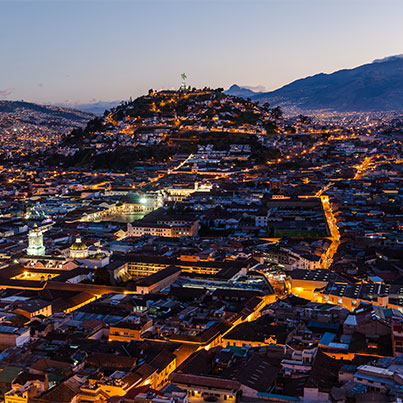 The third step in learning the Quito bus system is first visualizing the layout of the city. This city a vertical city, with the majority of buses running North to South. The main Quito attractions fall within a 25-mile vertical limit, with Mitad de Mundo (Middle of the earth) at the northern limit, and the Panecillo at the Southern Limit.

The city does extend beyond this area, but the main tourist attractions of Quito fall within these limits. You can spend months exploring the city just within these boundaries. As for horizontal orientation, most of the attractions of Quito are a mile and a half distance from east to west. Once you are perpendicular to your destination of interest, you simply need to take a quick uber, taxi, or walk!

This bus runs down the avenue “Seis de Diciembre,” or “Sixth of December.” This road is the Easternmost North-South Route. The Northernmost station is called Rio Coca, an important terminal for transferring to a bus stop in the valley of Quito called Cumbaya. The Ecovia stops are in a structure placed in the middle of the street, and buses going north or south stop at the same structure, unlike Trole and metrobus. The cost is 25 cents (2019) 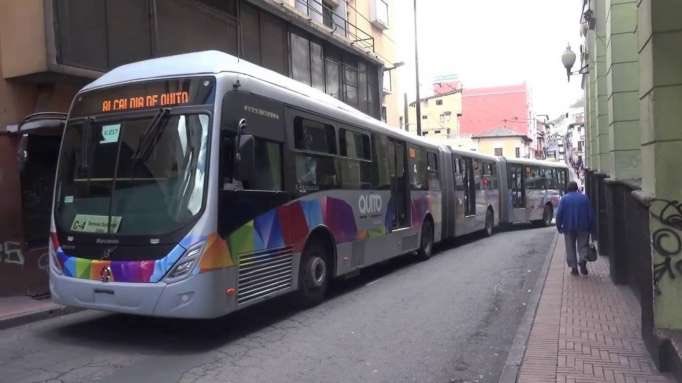 Courtesy of Municipality of Quito 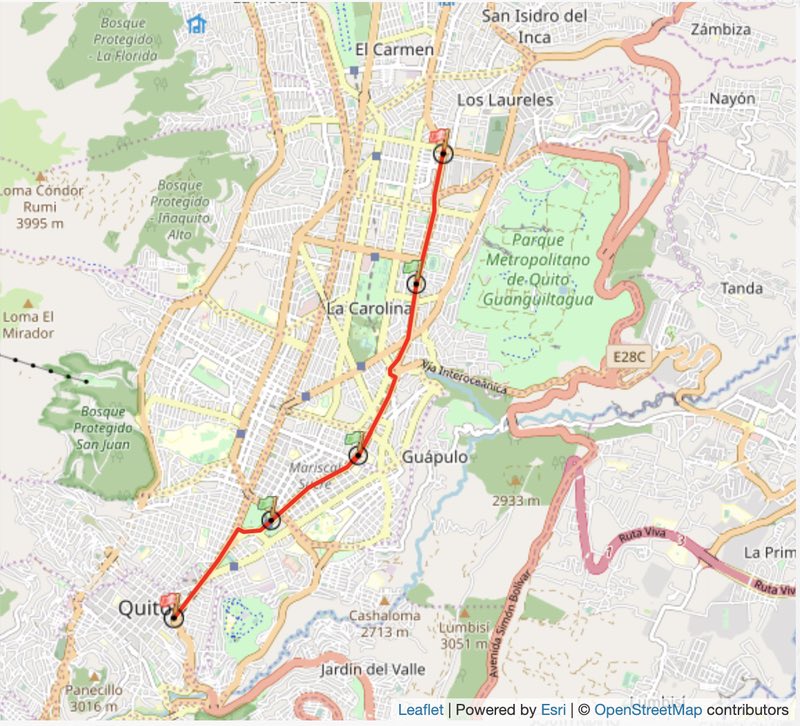 At the bus stop in Cumbaya linked below, you can take a green bus that leads to the thermal springs of Pappalacta. Once you arrive, there are trucks and taxis for hire that will take you to the top for a small fee of less around 3 dollars(2019), or walk 45 minutes to an hour to the top. 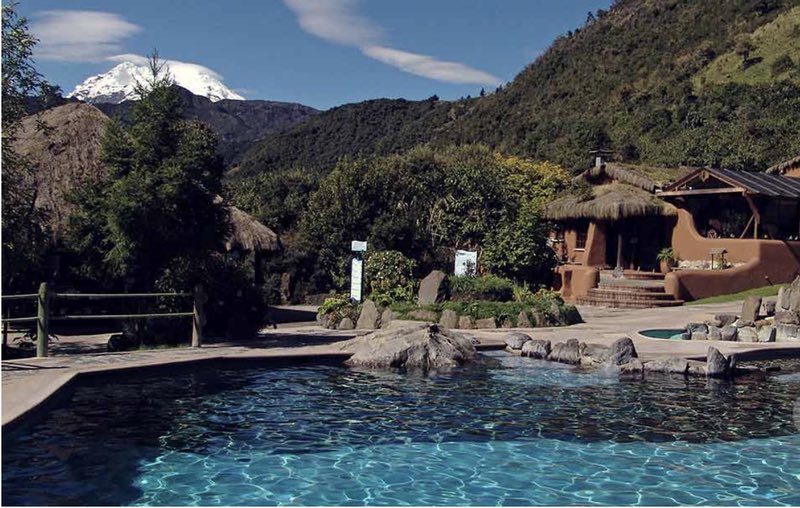 Caption Thermal springs of Papallacta with Antisana volcano in the back

If you want to get to the Southern stations, look out for signs on the front of the bus that will say “E2 Rio Coca – Quitumbe”

The Trole bus is a route in the middle of the three vertical routes, running west of the large Carolina park of Quito. There are plenty of stops, and you can search “Trole Paradas” on google maps and you will see all the stops. There will be two structures for every stop, one for buses running south and the other for buses running North. Hop on the C2 to get through the mid ranges of the city that are highlighted on the map below, C5 further North to Carcelen station, and C4 & C6 for going to the south (Quitumbe Terminal) The Cost is 25 cents. 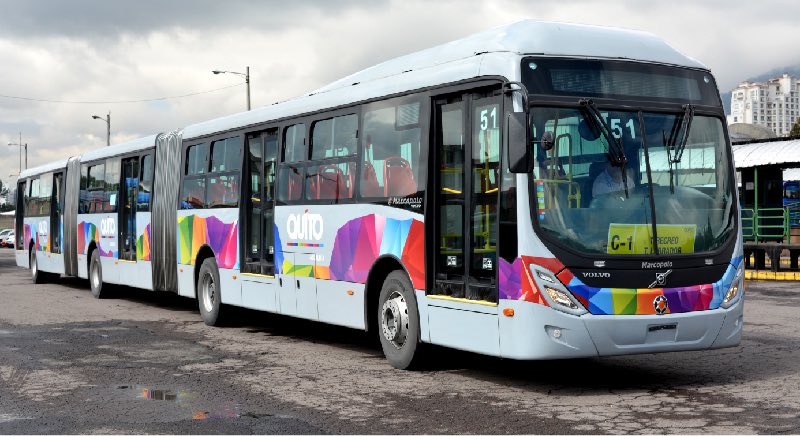 Courtesy of Trolebus.gov.ec. Notice the C-1 on the front of the bus. 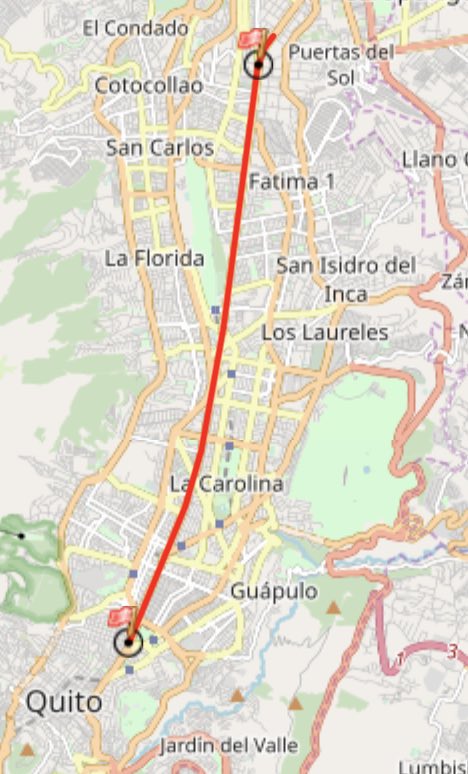 The Rio coca station can also be reached by Trole bus, where you can head to Cumbaya papallacta.

Take c1, c2, or c4 to the Recreo terminal and then look out for signs on the front of the bus that says “C6” for Quitumbe.

The Westernmost of the three routes, ranging from the Ofelia Station in the far North to the Mariscal area of the South. The cost is 25 cents. The Ofelia station is important as it leads to buses to Mitad Del Mundo, which is a 40 cent ride. There will be officials in the terminal to point to the next bus. Simply say Mitad del Mundo and they will point you in the right direction.

You can also get to the Zoo of Quito in 30 minutes by taking a bus with Guayllabamba on the front. There will be a fleet of trucks ready to take you Tuesday through Saturday 9 am – 4 pm for $1.50 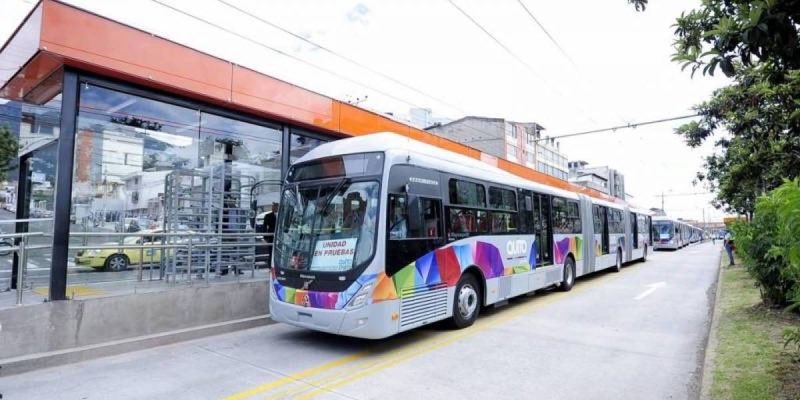 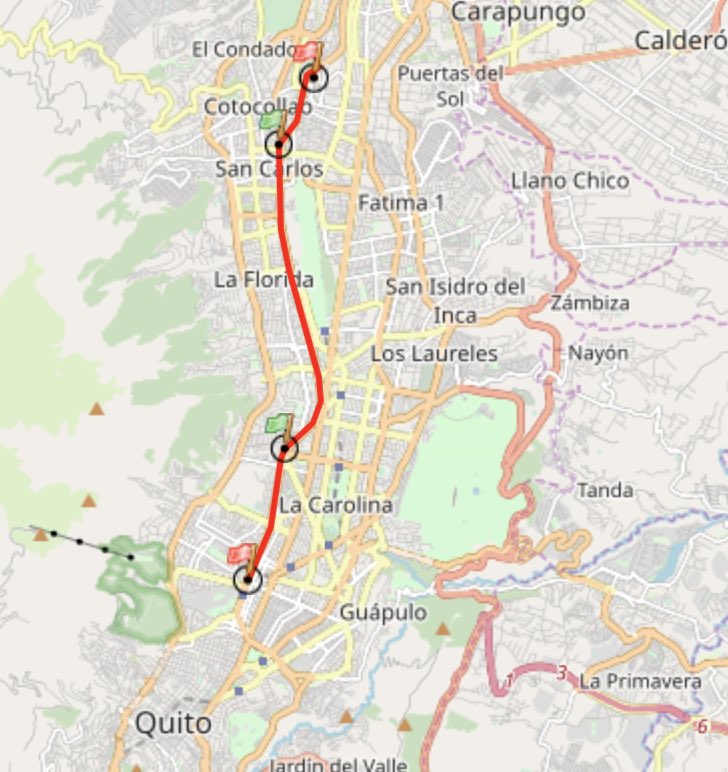 Taxis and Uber in Quito

Once you are perpendicular to your destination from your Quito Bus, it is time to take a taxi or uber. But before you decide which to take, read about the options so you understand the whole picture. 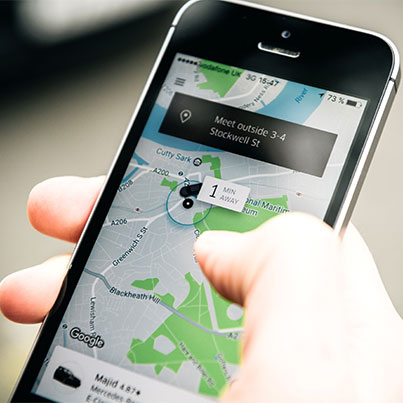 Uber is certainly a huge presence in Ecuador, and I highly recommend this service over any other in the city of Quito for its superior prices, drivers, and professionalism. The perks? You can see the estimated price beforehand, uber drivers go through background checks, the cars are safe, and they are always present in every part of the city. They generally arrive within 3-5 minutes in the busier areas.

A little unknown fact, however, is that uber in Ecuador is not a registered company in Ecuador, and drivers face high fines if they are caught providing the Uber service. The drivers will kindly ask a guest to sit in front, in order to avoid any suspicion. I have ridden in hundreds of Ubers in the city, and have never had an issue. Know that you will not face any issues if the driver was by chance caught.

Why is the uber not registered in the Country? The organization of public transportation, including buses and taxis, are vehemently against uber, as they are a big competitor. This organization has a lot of power and influence in the government, and they have spoken their piece about the organization. 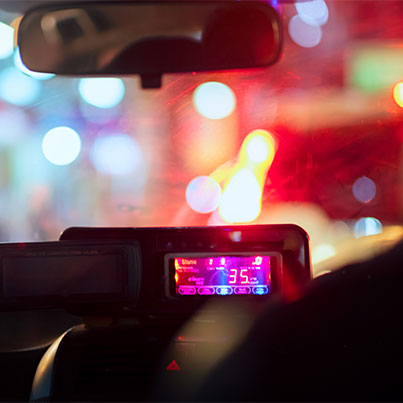 Taxi Safety 101
Taxis are an effective means of getting around Quito, and they are quite affordable too. The general price will be $1.50-3 dollars for short trips, and $4-7 for longer trips. The airport trip will cost you $20-25. Know that the minimum price during the day is $1.50, and 2.00 at night, despite what the taximeter reads.

It is important to follow some safety tips in order to make sure you get to your destination safely. There are a lot of cabs, but not all of them are legitimate. If you don’t use the following advice, you may find yourself in a taxi that will up-charge the rate significantly, or worse an unsafe driver with bad intentions.

Tipping isn’t common by locals for taxis, but very much appreciated. If a driver assists with bags, a tip of a dollar would put a smile on their face!

Previous Story
What to Bring to Galapagos and Ecuador? Packing List 2020
Next Story
Highlights of the Camila Galapagos Cruise