5609
VIEWS
by Keenan Ennis on May 18, 2018
TwitterFacebookBufferLinkedInPin It
SHARE THIS STORY:

Do I Need to Watch Out for Bugs in Galapagos?

The Do's & Dont's for bugs in Galapagos

When some people think of the equator, they think of the Amazon Rainforest, with spiders the size of your hand and mosquitoes more vicious than an African lion. It’s a reasonable question to ask. What about bugs in the Galapagos?

Most people find that biting insects in the Galapagos are actually pretty minimal, and that some natural bug repellent works very well to avoid any bites.

Of course, bugs come and go with the seasons, so read on for some pro tips to avoid itchiness in an environmentally friendly way!

Where are the Mosquitoes? 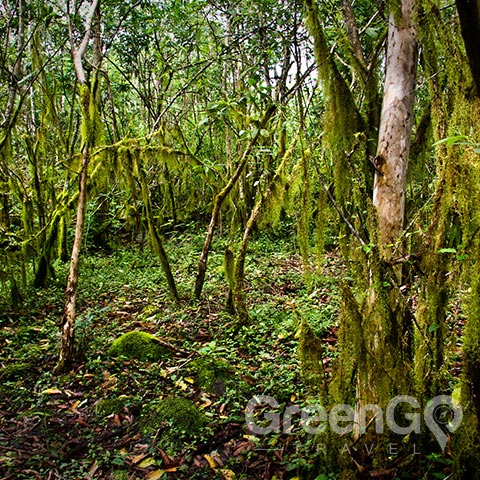 Generally, there are minimal mosquitoes and biting insects close to the ocean. This is especially true during the heat of the day.

Getting further into shaded areas, like places with vegetation or in little shops or restaurants, however, you’ll tend to run into a few more of them.

Realistically, it’s pretty unlikely that you’ll see any sort of biting bug while you’re on the ocean. Technically, anything’s possible, generally you don’t really have to give it much thought while on a cruise boat.

To be honest, I found mosquitoes to be waaaaay more of a problem when I lived in Canada compared to what I run into down here in Ecuador. I think that, overall, you’ll be pleasantly surprised by the lack of bug bites you’ll get around here.

How to Not Get Bitten

Even though there aren’t a ton of mosquitoes in the Galapagos, it’s still a good idea to take practical measures. For example, you might be like my wife. She gets massive welts when anything bites her. It’s worth it to protect yourself.

Here’s what you can do:

I really like wearing quick-dry hiking pants, because they’re typically very breathable and you won’t feel too hot in the sun. Simple cotton shirts are great, too. You could also try nylon/spandex or similar blends so you can get some nice bonuses like moisture wicking and extra sun protection.

Remember that skin-tight clothing really won’t do anything to help you. Bugs can easily bite right through it. 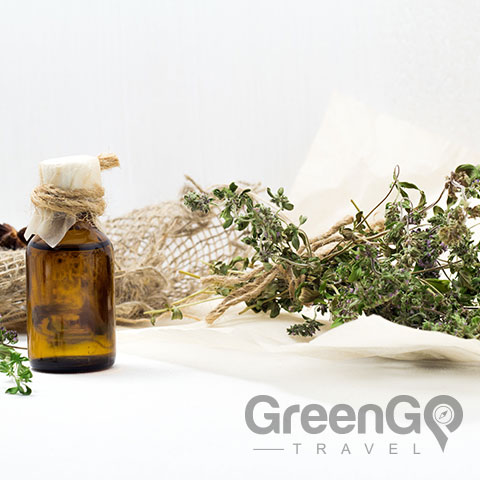 Natural Repellent Ingredients
There are lots of options for repellents. It’s important to make sure that the type you bring is a lotion or oil, not a spray-on kind. Sprays release a lot of chemicals into the environment, and the Galapagos is an amazing place that needs protection!

While DEET is common in North America, you’ll find that Picaridin is really popular in the world outside. It’s really effective in warding off bugs.

If you’re looking for something natural, try using oil of lemon eucalyptus, also called OLE. It’s the only natural bug repellent that’s recognized and recommended by the CDC.

There are a lot of other natural repellents that are popular, such as vitamin B/B12, eating a ton of bananas or garlic, etc. Some people swear by these types of things, although there hasn’t been a lot of actual studies conducted to determine effectiveness. Some of them do a better job of repelling people.

If you are looking for inspiration on other alternatives, Joan has a great list of 20 natural repellents you can find here.

CDC Labs
Even though there are not a lot of biting bugs here in the Galapagos, it’s still a good idea to be aware of the risks.

It’s generally not a good idea to trust blog posts that might be a few years old to get up-to-date and reliable information. Diseases move around throughout the world, so it’s something that can literally change month to month.

The best source for current information is the CDC. They keep live maps of risk areas that are really practical references for travelers.

As far as diseases that are carried by mosquitoes go, the main ones you want to watch for are Yellow Fever, Malaria, and Zika. I’ve included links to the corresponding pages on the CDC website so that you can always get accurate information on risks.

Really, diseases from bugs exist in every country. For example, in the States and Canada it’s common to be at risk for West Nile or Lyme’s Disease, among many others. There have even been cases of Zika in the USA. Every area has its own flavors. Just take practical precautions and it’s unlikely that you’ll have a problem.

Bugs That You Want to See 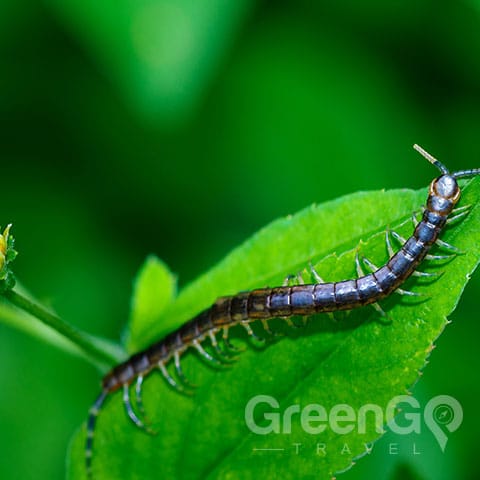 Galapagos Giant Centepede
Mosquitoes are a worldwide insect, and although there are different varieties, they’re not really something that’s interesting to look at. There are, however, some really amazing crawlies that are worth seeing if you get a chance!

For example, the scolopendra galapagoensis, or Galapagos Giant Centipede, is one of the biggest in the world! It seriously looks like something out of Jurassic Park. It can allegedly grow up to almost 17 inches long, although in captivity they rarely grow over 8″. Don’t worry, though, the islands aren’t crawling with these things. They’re actually pretty rare.

There are also lots of other interesting critters to see, like colorful beetles, praying mantis, and giant land snails. Interestingly, though, there are comparatively few species of actual insects, bugs in Galapagos.

Officially, there are about 1,000 insect species on the islands, which is surprisingly low when you compare that to the over 1 million species living in mainland Ecuador!

This is likely because it’s really hard for bugs to travel 600 miles over open ocean to get to these isolated islands. This has made for some really unique differences in the Galapagos Islands. For example, some believe that, since there are only one single species of bee on the island, the flowers grow larger here. This would be because they really need to compete for the attention of their bumbling pollinators.

Really, the Galapagos Islands are unlike anything you’ve ever seen before. It’s no wonder that they’re such a bucket-list destination among people that love nature!

Any other bug-related questions? or other inquiries for the Galapagos? Contact us, our local experts will be happy to help!