762
VIEWS
by Keenan Ennis on March 13, 2020
TwitterFacebookBufferLinkedInPin It
SHARE THIS STORY:

How many Galapagos Tortoises are there?

The Galapagos Islands are full of unique endemic (only live within that area) wildlife. One of the biggest attractions that have captivated visitors since the beginning, the Galapagos tortoise. So how many Galapagos tortoises are there, and how many different species? Currently, there are 12 species of tortoise alive today, with a combined population estimate by the IUCN red list falling between 24,620 – 27,325 individuals. 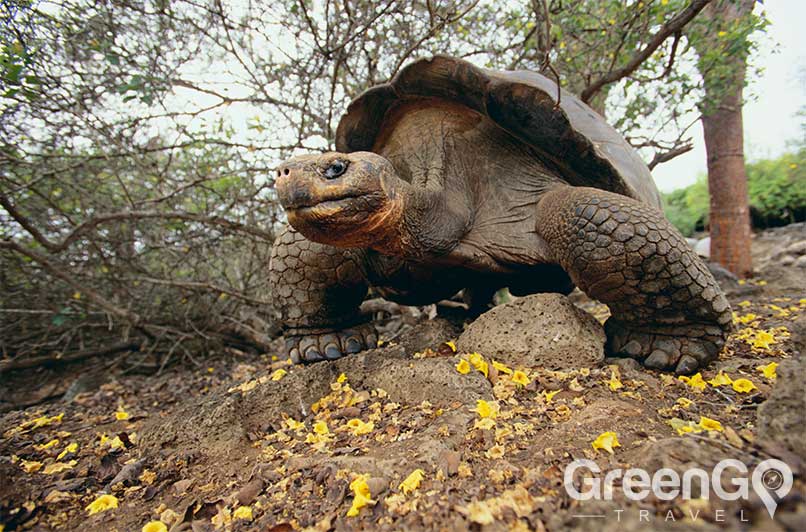 How many Galapagos tortoises were there historically?

Historically, it is thought that there were between 100,000 to 200,000 tortoises on the islands. This means today’s numbers of Galapagos tortoises have decreased up to a 900 percent decrease.

Why are the Tortoises Vulnerable or Endangered?

This notable decrease is caused by a variety of factors. Historically, pirates and whalers used this species as a significant source of food, with these creatures weighing up to 900 lbs, and having the ability to survive for months without food or water. This even drove some of the species on specific islands to extinction.

Although the Galapagos tortoise is federally protected, this species continues to face many threats. Introduced predators still inhabit the islands, most notably feral hogs, which cannot resist tortoise eggs. Additionally, black rats and fire ants can be disastrous for hatch success rates. In terms of humans, we still have a negative on Galapagos tortoises. By creating agricultural crops with fences through historic tortoise migration routes, tortoises have difficulty finding mates, food, and the proper nesting ground. Adding difficulty to the situation, the eggs of the species are so small that they cannot easily be found. So what are scientists doing about it? Using trackers on Galapagos tortoises show nesting areas, which allow scientists to protect the areas from predators. These trackers also show migration routes, which is crucial for cordoning off areas for Galapagos tortoise 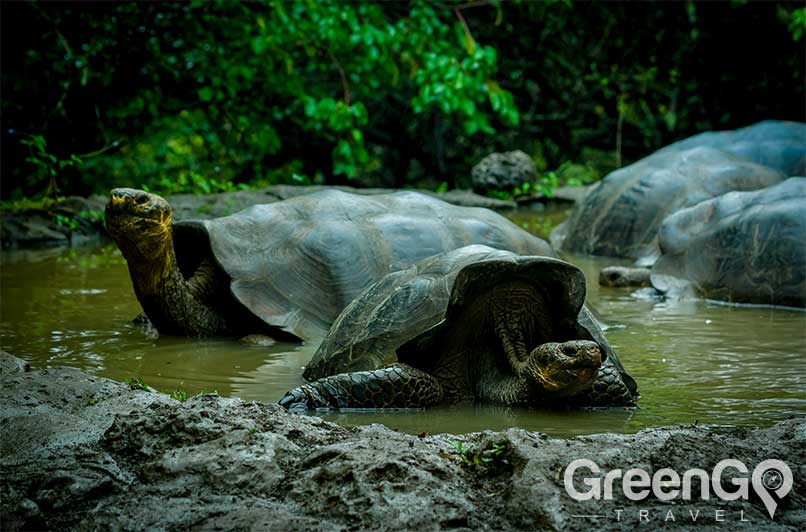 How many Galapagos Tortoises Are There – Species Breakdown

3. Wolf Volcano Giant Galapagos Tortoise
Population of 7,000-8,000 individuals
Classified in the IUCN red list as vulnerable. Currently, there are 2000 marked adults. In the past, the population size is estimated at roughly 25,000 adults.

How did the Tortoises Migrate to the Galapagos Islands?

Giant tortoises, up to 5 feet in length, were widespread on all continents excluding Australia and Antarctica before and during the Pleistocene era(2,580,000 to 11,700 years ago) Three extant species on the South American mainland 1000km way are the most likely candidates for the most recent relatives. These are the South American yellow-footed tortoise; the South American red-footed tortoise and the Chaco tortoise. These likely arrived via large rafts of floating vegetation and uprooted trees. Alternative theories state that the Galapagos tortoise species swam, with the ability to survive for many months without food and water.

Multiple organizations and conservation centers exist on the Galapagos Islands. Many of these centers have breeding programs with the mission of perpetuating the vulnerable and endangered species. By controlling the temperature of the eggs during incubation, scientists can dictate the sex of the Galapagos tortoise to create a balanced population. Additionally, they can protect the newborn tortoises in enclosures until they are old enough to fend for themselves in the wild against predatory bird species and invasive species. 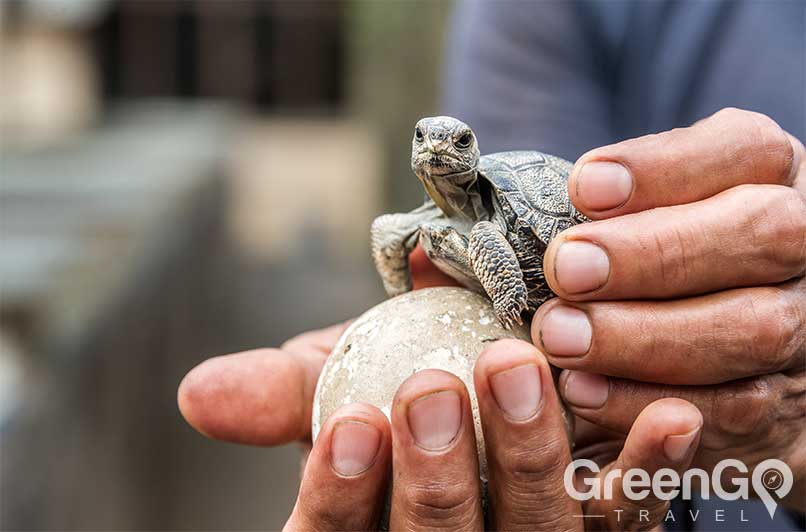 Recently, the Galapagos tortoise named Diego became famous for creating so many babies that he “saved his species.” Diego retired after reproducing with so many females that led to approximately 800 babies, which will eventually be reintroduced to the Islands.

Galapagos tortoises are exclusively land creatures, and they cannot swim. However, they can float, and drift. One of the theories of their arrival is that they actually drifted from the mainland. As they can go months without drink or water, it is possible that they drifted over to the Galapagos Islands