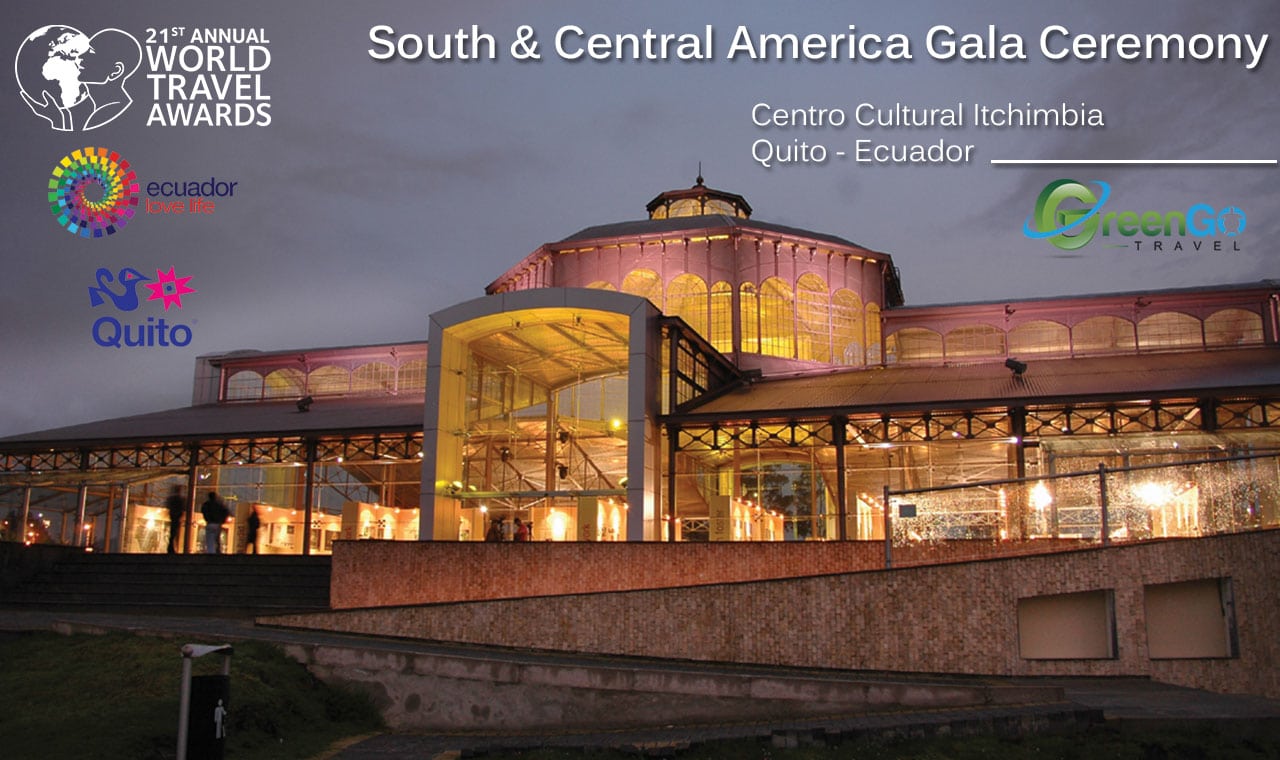 4315
VIEWS
by Angel Nunez on March 26, 2014
TwitterFacebookLinkedInPin It
SHARE THIS STORY:

World Travel Awards 2014 | Composed of an ancient mixture of peoples, cultures and traditions, Quito has been a unique and treasured place for generations Ecuadorians. The capital city was founded in the 16th century on the ruins of an Inca city and stands at an altitude of 2,850 metres. It boasts the best-preserved, historic centre in Latin America.

At the heart of the city is the Spanish colonial centre, designated a UNESCO World Heritage site in 1978. The area has recently undergone a renaissance, with the city government investing heavily to improve infrastructure, attractions and amenities.

Quito is also set to boost its business credentials with the launch of the Quito Convention & Events Centre Complex. With this new development, Quito aims to become one of the top destinations for conventions and trade fairs in Latin America.

Forming the centrepiece of Parque Itchimbia, the Centro Cultural Itchimbia is a magnificent glass-and-iron building, modeled after the city’s original Mercado Santa Clara. The centre hosts regular art exhibits and cultural events, as well as serving as a museum.

Quito-Ecuador: The Real Jewel of the Andes
Read Full Story