1321
VIEWS
by Keenan Ennis on July 16, 2019
TwitterFacebookBufferLinkedInPin It
SHARE THIS STORY:

A Practical Guide to Getting around Quito

If you are traveling to Quito and need to use public transportation systems, we’ve prepared a practical transportation guide for all you need to know.

The city of Quito is a very longitudinal city—starting in the northern sector of Carapungo, and ending beyond the southern sector of Quitumbe. However, the central area is narrower, with the Pichincha volcano as its western limit.

With this simple reference, it is reasonably easy to orient oneself in Quito: always know that the great mountain and its hills are the western limit of the city. 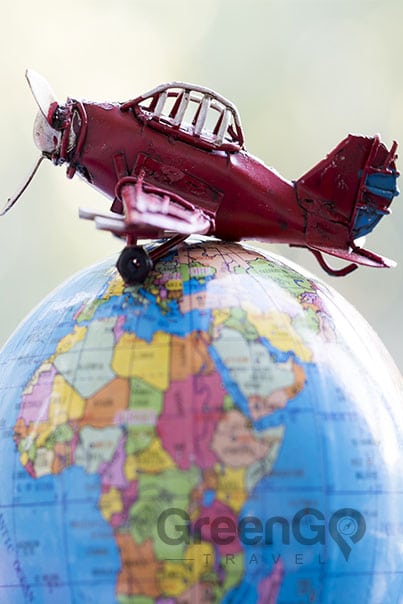 Plane representing travel
Once we know the shape of the city, it becomes easier to mobilize.

The main avenues are organized in the same way: Av. Simón Bolívar (also called the new Oriental because of its location) borders the entire urban area of Quito on the east side.

This borders the city from the detour towards the Middle of the World (North).

It continues towards the extreme south, where it bleeds into the Panamericana Sur.

The avenues within this quadrant, formed by Simón Bolívar and Mariscal Sucre, start from the Panamericana Norte and its continuation, Av. Galo Plaza Lasso. This avenue changes its name in the interchange of “El Labrador” (south end of the Bicentennial Park), where it then changes into the Av. 10 de Agosto. This continues until you reach the Historic Center of Quito. It is then that it adopts the humble form of a narrow street, called “Guayaquil,” which serves as the main route through the Center of Quito and old millenarian indigenous route.

The Longitudinal Axis continues towards the south, when Guayaquil and Rocafuerte streets meet to give way to the nascent Pedro Vicente Maldonado Avenue. This covers all the extensive south of Quito until it becomes the Pan-American South. This last axis is crossed by the Trolleybus Integrated System.

For those who inhabit Quito, the city is divided into a basic imaginary of 3 zones: Center, North and South. The Center itself is not located in the center of the total length of the city, yet it is called the “Center” because it is the sector from which the city grew. Also called the Historic Center, this part of Quito has narrow streets, some still made of old colonial stones. Getting around this area by car is difficult; even so, whether by car or on foot, it is not easy to get lost; all streets tend to lead to the center, specifically to the central plaza, or “Plaza Grande.”

One of many beautifully constructed plazas in Quito

The North of Quito has much wider streets, long avenues, and some interchanges. Two integrated transport systems (MetrobusQ and Ecovía) are available, which run to the center of the city, specifically to the sector of La Marín. This area is known for its numerous commercial premises and for being slightly unsafe. Still, in spite of this reputation, it is an important sector of the city, where the majority of bus routes are articulated between the south and the north. In addition, this area features the Playón de La Marín, a small Terminal where buses depart to the eastern valley of Quito.

There are three integrated transport systems, and one more under construction, in Quito’s Metropolitan District: the Trolleybus, the Ecovía, and the Metrobus Q. In addition to these three, there is the new Quito Metro, which began construction in 2015 and will start operations in 2019. The three run longitudinally through the city, that is, from south to north and vice versa. There are three specific axes: the Trolleybus along Av. 10 de Agosto, Ecovía along Av. 6 de diciembre, and Metrobus Q along Av. Prensa and Av. América to Marín.

In the North Station “La Ofelia,” there are several routes of integration to peripheral neighborhoods of the north, including a route of integration to the North Interprovincial Terminal of Carcelén. Here, it is possible to take the bus that goes to the “Middle of the World” city. The frequency and schedules of these buses are not published and, therefore, are somewhat disorganized and irregular.

In the North Station “Rio Coca,” there are several routes of integration, including one that integrates with the North Trolleybus Station, and another that goes to the North Interprovincial Terminal of Carcelén. The frequency and schedule of the different routes of integration have been published next to each’s platform of embarkation.

Metrobus Q is a privately-run system. Yet it has together planned with the Municipality of DMQ (Metropolitan District of Quito) to extend the two previous systems and integrate them into the new transport system that will soon operate in Quito. For the time being, this system is known as the Corredor Central Norte (North Central Corridor), which goes from the North Transfer Station “La Ofelia,” along Av. Prensa and Av. América, and to the Interprovincial Estación Marín-Los Chillos bus station. This service is not as organized as the two previous ones, but operates from 6:00 a.m. to 10:00 p.m., approximately. Weekends and holidays, from 6:00am to approx. 9:00 pm.

At the moment, the Trolleybus is the only one that crosses the city north to south. Although the other two systems are in planning to extend their service, they currently only arrive at the center of the city (to the south of the historical center).

The cost for any of these three systems is $0.25 USD. A 50% discount applies to children under 12, adults over 65, students, and the disabled. However, both the Trole and the Ecovia operate 24 hours a day, and charge $0.50 USD after normal business hours; each unit passes at 15 minute intervals. There is also an extra cost (usually $ 0.05 USD) for the transfer to any rural area of Quito.

This service, provided by private companies and member cooperatives, is normally the hardest challenge for visitors. The routes use the avenues that go west to east in Quito, whereas most tourists move along the north-south axis. The main lines that tourists will use, however, are those that travel by the Amazonas and Juan León Mera avenues, which move towards the center-north of the city, to the modern sector and the Mariscal zone.

These buses have their destinations on a sign in the front window, so reading the sign well and consulting with the assistant who collects tickets is always recommended.

The average price is $0.25 USD per person, but the prices are changing progressively.